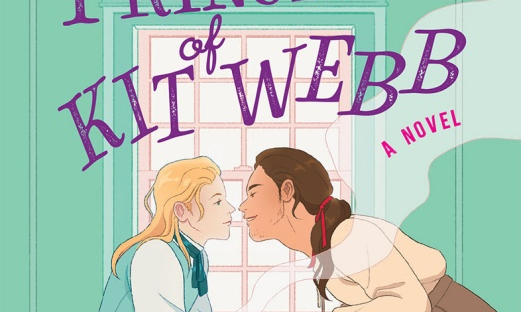 The Queer Principles of Kit Webb is a queer historical romance by Cat Sebastian. I listened to the audiobook, which clocks in at a little over nine hours and is narrated by Joel Leslie. We follow both main characters with alternating third-person point-of-views.

Kit Webb–once a famous highwayman of song felled by a gunshot wound–runs a coffee shop in London. Percy, aka Lord Holland, breaks the tedium by asking Kit’s help to steal a book that once belonged to his mother. A book that his father always keeps on his person, protected by two bodyguards. Kit refuses to help with the robbery, but offers to teach Percy how to do it himself.

This is my first book by this author, but if all of their books are filled with well-developed and distinct characters I’ll have to check out their backlist.

I liked the representation in this book, namely with the two main characters. Though not named directly due to the time period the book is set in, Percy is gay and Kit seems to be at least bisexual and probably also demisexual. Additionally, Kit has a disability, uses a cane, and deals with chronic pain.

I really enjoyed Leslie’s narration! I’m going to have to find more audiobooks read by him. He did a great job with the various character voices and put a lot of emotion behind everything. It was a very entertaining listen.

The middle of this book was a bit of a drag for me. This was mostly filled with some training montages, so I see why they were necessarily to the plot but I personally am less interested in scenes like that.

If you want to see more from me, check out my bookstagram!